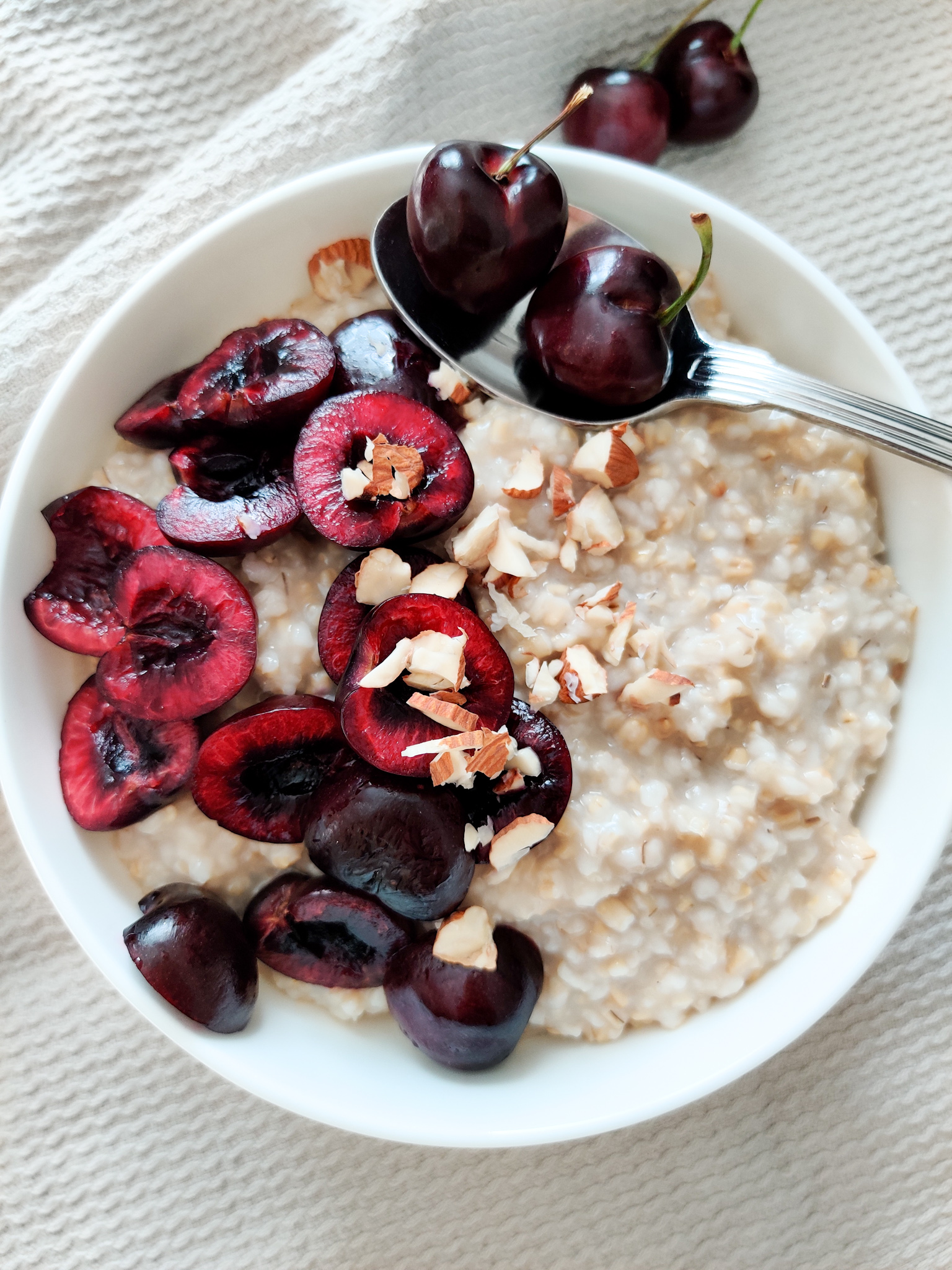 Porridge used to be known as an old peasant dish called hot mush or gruel. You may also remember the old fairy tale Goldilocks and the Three Bears. Goldilocks is searching for the perfect bowl of porridge. Today porridge is referred to as 'any grain simmered in a liquid to become a hot cereal'. Oat porridge or oatmeal is one of the most common types of porridge eaten for breakfast. Other common grains used for porridge are corn, rice, wheat, barley, buckwheat, and quinoa. Breakfast porridge has become something enjoyed throughout the world. In Finland, a hearty bowl of oat-based porridge called puuro is enjoyed with fresh fruit, milk, and a bit of butter. In China, they enjoy congee, a rice porridge. This savory porridge can be eaten alongside anything from ground meat to squid. In Japan, rice porridge can be served with fish and pickled vegetables. In Jamaica, a typical breakfast porridge is made with cornmeal, spices such as cinnamon, nutmeg, vanilla, and sweetened milk. Russia and Poland enjoy a classic porridge called kasha made with buckwheat. Good luck in your porridge-eating adventure!

Be Healthy and Happy!